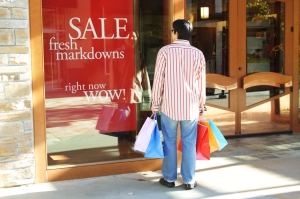 Every businessman is aware of the fact that in order to sell his service or goods it isn’t enough just to announce it or lay it on the counter and wait until the clients come and buy them. It is necessary to use this or that sales technique depending on the type of goods and the potential audience. What sales techniques are the most effective ones?

There are some methods which make the potential customers take their wallets out and spend their money on the goods that were supposed to be useless half an hour ago. How do salesmen and distributing corporations make us buy their goods? The sellers of goods and services use a lot of secrets based on psychological pressure to convince the buyers that they really need the offered service or item.

Here are the most wide-spread sales techniques.

END_OF_DOCUMENT_TOKEN_TO_BE_REPLACED

Posted by freedomofthinking on August 13, 2013 in Modern Society

Color perception plays the important role in psychological processes of a human being. We can see a large palette of colors and each of them may influence our mod and even mental state. People have different periods in their lives when they either don’t need any bright colors or are eager to wear all the shades of the rainbow combined in one and the same outfit. From time to time you might also have noticed that you want to get wrapped in gray woolen coat or put the sky blue ballerina shoes on. These wishes may speak about various inner factors and desires of a person. Subconsciously we perceive the colors along with associating them with certain general concepts in our mind. That doesn’t man a certain color is always a sign of a certain concept and the people dressed up in gray express fear and uncertainty. On should always keep in mind that there is an enormous number of shads and gray color may look different depending upon the material texture, light and shade play, whole outfit and image of the person wearing it.

END_OF_DOCUMENT_TOKEN_TO_BE_REPLACED

Posted by freedomofthinking on December 12, 2012 in Modern Society

Nowadays it became a trend in the human society to think about the nature and the ways we can reduce the negative impact of the humankind on the environment. A great number of “green” projects are developed every year. However, some of these seemingly useful ideas produce not so positive effect as it may be expected.

For instance, let’s take solar batteries. They are meant to save energy and prevent natural resources from exhaustion and they cope with this task successfully. But on the other hand, their glitter disorients pilots and increases the risk of air disasters. The project of creating 170 huge solar batteries in the desert of California can cause mass mortality of birds, disorientation of pilots and even attract the BBC rockets with thermal homing system.

END_OF_DOCUMENT_TOKEN_TO_BE_REPLACED

Posted by freedomofthinking on October 6, 2012 in Modern Society

As the historians report the coinage offense appeared along with the beginning of coinage stamping. The first counterfeiters illegally stamped the coins of lesser weight. In that way they “spared” such precious metals as gold, silver or platinum.

As the epoch of paper banknotes came the new era of coinage offense broke out. It was characterized by higher amounts of illegally produced currency and larger spread. Coinage offense was typical of both domestic and foreign affairs. There are many examples in the history of the humankind when the large sums of fake money were inserted to the economics of the enemy country before starting aggressive military campaigns. Even the governors couldn’t resist the enticement to become rich by producing the coins and banknotes illegally. For example the British monarch Henry the Sixth used to stamp a whole stock of silver coins in order to enrich his treasury. But these coins were fulfilling their function of exchange for a short time. The protest of the deceived citizens was so powerful that the coinage offense initiated by the king was stopped. The unlucky king was prosecuted.

END_OF_DOCUMENT_TOKEN_TO_BE_REPLACED

Posted by freedomofthinking on September 24, 2012 in Social Activities

One of the Bali peculiarities is the unique religious culture of the native population which is an unusual mixture of Hindu and Buddhism. If you have an opportunity to visit Bali try to watch the religious ceremonies and rituals. Bali people have soaked many customs and traditions of China, India and Malaysia. They also have their own cast system similar to the on the Indian have. Every cast has its own rights and privileges, but on the whole the system is not so strict as in India. 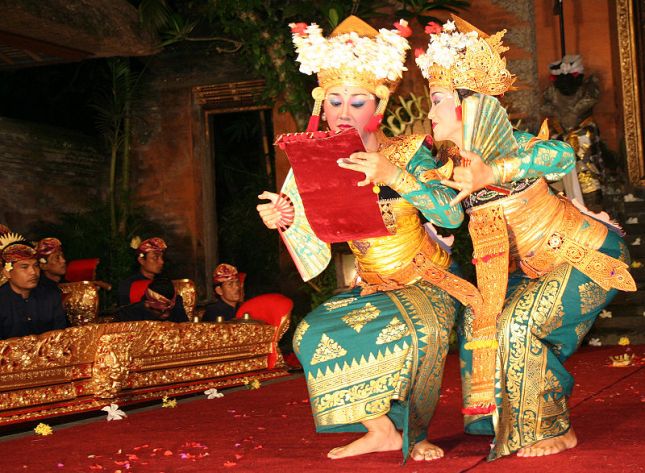 END_OF_DOCUMENT_TOKEN_TO_BE_REPLACED

Posted by freedomofthinking on September 22, 2012 in Spirituality

Hypnosis is a spiritual practice with a long history though it was not viewed from the scientific point of view till the nineteenth century when this term was introduced into the world of science by James Braid in 1841. However, hypnosis was already used in the ancient times in religious and medical purposes.

Nowadays hypnosis is widely practiced by the psychologists who try to extract some painful memories from a person’s past with the help of it to define the origin of his or her present problems. However, if you do not trust a stranger with your inner world you may perform the procedure of self-hypnosis after making some simple preparations.

END_OF_DOCUMENT_TOKEN_TO_BE_REPLACED

Posted by freedomofthinking on September 18, 2012 in Spirituality

There are a few Christians in Japan, approximately 1 % of the population. The Japanese people are incredible tolerant to the followers of different religions and denominations. Christmas celebrations with decorated fur-trees, bright tinsels and sparkling garlands soon became popular in Japan. The celebrating traditions are liked by all the people but they still remain just a nominal and formal holiday. The laconism and moderation of Japanese art objects and interiors of the houses contrasts with the pompous luxury of Shinto temples. That’s why all the people in Japan like Christmas with its bright read and green decorations. By the way, red is considered to be the color of solemnity and prosperity in Eastern countries.

END_OF_DOCUMENT_TOKEN_TO_BE_REPLACED

Posted by freedomofthinking on September 14, 2012 in Modern Society

← Older posts
Freedom of Thinking
Create a free website or blog at WordPress.com.